We are pleased to introduce to you a group of our volunteers, currently working with ICBUW. 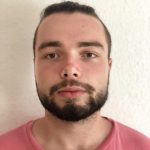 „Born and raised in Moscow, Russia, I am a law student at Humboldt University in Berlin working with ICBUW since May 2019. I started as an intern and then decided to continue my work, as it is a brilliant opportunity to make myself more familiar with international human rights law mechanisms in general & the depleted uranium topic. I see it as an important issue – everybody is talking about nuclear or toxic weapons and only a few mention a problem of a similar character – the DU. In the times of instrumentalization of the DU issue, politicians from various sides of the political spectrum are speculating and blaming each other for war crimes, forgetting about the victims, and leaving them without any help. This must change, and it is up to such NGOs as ICBUW to educate, to inform the people, and to supply them with facts, not opinions – we have no right to humbly wait for another DU-disaster.“ 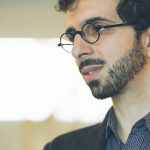 Alexandre Taalba is a Ph.D. student in Aesthetics, Sciences, and Technologies of Arts at the University of Paris VIII Vincennes-Saint-Denis and a research-student in the Department of Interdisciplinary Cultural Studies, Culture and Representation course at the University of Tokyo. His research deals with the representations of the atomic bomb in Japanese postwar, contemporary art, and cinema. His focus is mainly on the concepts of memory, nothingness, and virtuality in the Atomic Age. Since his approach is based on a philosophical background, he argues that Tanabe Hajime’s expression “the era of atomic fear”, considered as ontological anxiety, seems to illustrate nuclear issues propensity to intersect with the debate on modernity in postwar Japan and the political activism in the ’60s. From a historical perspective, he studies the filiations between the postwar Peace movements and the contemporary anti-nuclear activism, as well as their relations with direct action and alternative artistic scenes. His interest in war witnesses, such as oral history, documentary, photographic archives, or Peace Museum’s collections, leads him to join ICBUW. 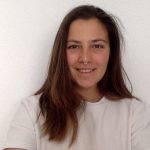 „I am currently studying Political Science and Public Law in a bachelor’s degree and actively supporting ICBUW in its social media campaign. As the UNO is saying: “The Universal Declaration of Human Rights is a milestone document in the history of human rights” but humans all around the world are mistreated and their rights infringed. As part of the NGO ICBUW, I realized that violations of international humanitarian law, human rights as well as of environmental protection go hand in hand and that it is our responsibility to act as we are in a position that allows us to do so.“ 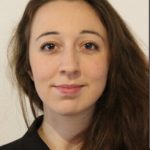 „Graduating from a master’s in International Security at Sciences Po Paris, I wish to dedicate myself to global efforts towards human rights protection and disarmament. Empowered by my experiences in diplomacy, peacebuilding research, and humanitarian affairs in the US and Lebanon, I hope to make an impact in conflict resolution by working towards reinforcing victims‘ assistance mechanisms at ICBUW.“

„Born and raised in green Berlin, environmental protection and social commitment have always been very dear to me. While studying at the Berlin School of Economics and Law, I decided to do an internship at ICBUW, which helped me to receive a better insight into the topic of DU and the relevant approaches within the framework of international law. Unfortunately, the problem hardly receives the political and media attention it deserves and is often even trivialized by the authorities, which is an imposition for all those suffering from the consequences of DU. Especially in times of increasing global rearmament and the dangers of climate change, it is important to become involved and I am pleased to make a small contribution by assisting ICBUW in its endeavors.“ 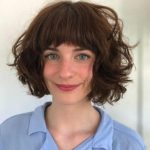 Elena is a Ph.D. researcher in Law at the European University Institute (Florence). She has an interest in international environmental law and the law of State responsibility. Elena holds an LL.M. in Public International Law from Leiden University and an LL.B. (Hons) in Scots Law from the University of Strathclyde (Glasgow). Her motivation for joining ICBUW arose from her interest in the interactions between law and science and the role of scientific fact-finding in law – an aspect encapsulated perfectly in ICBUW’s interdisciplinary membership. Having a passion for the use of legal tools in fighting human rights violations in the context of environmental destruction, Elena’s goal is to contribute to ICBUW’s work in protecting both the environment and people from the detrimental effects of the use of uranium weapons.

The newly established ICBUW team – a group of motivated and qualified young people to support our work | https://www.icbuw.eu/the-newly-established-icbuw-team-a-group-of-motivated-and-qualified-young-people-to-support-our-work/ | 20. September 2020