The use of uranium weapons (DU ammunition) and its consequences is a particularly frightening example of environmental destruction by war and of the military use of toxic substances with serious harm to humans and nature. The International Coalition to Ban Uranium Weapons (ICBUW) coordinates campaigning against DU ammunition worldwide within the framework of the United Nations. In particular, the campaign is supported by the IPPNW (International Doctors for the Prevention of Nuclear War) and the IALANA (Lawyers Against Atomic, Biological and Chemical Weapons). Established in 2003 in Berlaar, Belgium, ICBUW has had special consultative status with the UN Economic and Social Council (ECOSOC) since 2005.

The Coalition provides the framework for dealing with all aspects of the uranium weapons issue and seeks to bring peace, human rights and environmental movements closer together on this issue.

The starting point is the fundamental rejection of war as a means of conflict resolution. War always means destruction of the environment. The use of DU weapons is one of the most despicable forms of warfare, since its residuals prolonge the war into indefinite time. The aim of the coalition is to ban DU weapons, eliminate the environmental damage caused by uranium weapons use, help the victims, and prevent future damage from such weapons and actions.

The coalition is open to NGOs, groups and individuals who wish to contribute to the realization of their goals.

Anyone wishing to join ICBUW as an organization, representative of an organization or as an individual on the basis of this self-image is kindly invited to do so. 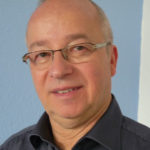 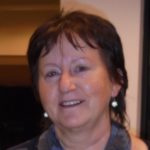