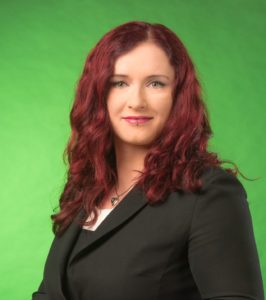 After Germany again abstained in the vote on the UN resolution „On the effects of armaments and ammunition containing depleted uranium“, Greens MP Agnieszka Brugger submitted a parliamentary question in November 2018, asking why the German government has been abstaining.

After Germany again abstained in the vote on the UN resolution „On the effects of armaments and ammunition containing depleted uranium“, Greens MP Agnieszka Brugger submitted a parliamentary question in November 2018, asking why the German government has been abstaining in spite of the findings on the harmful effect of DU ammunition and what steps the Federal Government has taken to influence the resolution in advance so that it could have been accepted.

At the end of November she received the answer from the Foreign Office, which sounds rather sobering or meaningless.

Niels Annen, Minister of State at the Foreign Office, answered the question as follows:

“The United Nations Environment Program, the International Atomic Energy Agency, the World Health Organization, the European Union and NATO have conducted extensive research on possible health effects of environmental debris from depleted uranium munitions. None of these studies has established a scientifically demonstrable causal link between depleted uranium ammunition and critique-related diseases. The studies also showed that depleted uranium residues in the environment pose no radiological risk to local populations. According to information from the Radiobiological Institute of the Federal Armed Forces of 6 September 2018, there are no new, deviating scientific findings. In its consultations within the framework of the United Nations‘ First Committee, the Federal Government has been committed to taking into account the current state of scientific research in the drafting of this year’s resolution text. Since the resolution put to the vote does not sufficiently reflect the state of research according to the conviction of the Federal Government, it abstained from the vote.”

This answer is very similar to that received on a similar issue in 2016. Here, too, an inappropriate representation of the „current state of research“ was used as justification. Their understanding of the research remains superficial, lacking in both depth and discernment. It also fails to address the precautionary approach in the context of DU, to which both the UN resolution and recent comments refer. For the discussion at the UN General Assembly, ICBUW and PAX have written a briefing paper entitled „No Future for DU“. It demonstrates „[…] DU is a Cold War relic that is becoming obsolete“.

Against this background, the Federal Republic should finally work to support the (timid and by a growing number of states advocated) efforts of the United Nations on the subject of uranium weapons and responsibility for their effects (after all, the voting picture „improved“ in the current UN resolution from 140 against 4 with 26 abstentions in the 1st committee to 151/4/25 in the Plenary Meeting of the General Assembly). As a country whose army does not possess such weapons, we truly have nothing to lose and would take a stand that ties in with Germany’s good disarmament policy traditions.