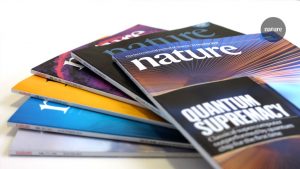 A study recently published by Robert Haley and Randall Parrish concludes that depleted uranium from exploding munitions did not lead to Gulf War illness (GWI) in veterans deployed in the 1991 Gulf War.

We have asked ICBUW-affiliated DU experts, members of the Advisory Board, for their comments.

“…I have to say that I do not find this surprising. My interest has always been the public, not the military health issue, where, as the authors point out, exposure is very different. This study says nothing about the long-term exposure of inhabitants of the countries in which DU weapons have been used and it remains highly likely that there are people with high levels of DU causing health detriment, although not GWI but rather birth defects and cancer. I am not aware that GWI has been diagnosed in other than military personnel.

If a population of people who have been exposed long term in a DU contaminated region can be gathered, the methodology used in this study could be applied to give a decision on whether DU is a likely cause of disease, but it would not give an unequivocal answer to the question of cause without a very large sample population. It is likely that the methodology could not be applied to a large population.”

In a similar vein, Prof. Paola Manduca points out:

“I read the article and it is credible and well done.
Indeed, it excludes that DU is correlated to the GWI in military exposed during the 1st Gulf War, and, as they mention, for a length of time spanning only months. It does not study the accumulation of DU by longer chronic exposures, as for the local population, or the eventual health effects that may ensue from high U levels and DU levels. It does not study the eventual correlation of those with health issues in the local population and the authors clearly state this. This latter population could have been studied, but it has not ever been the priority of any investigation. The importance is that it clarifies that it is not DU that is the causal agent for GWI in personnel deployed for a few months in a military field…”

And here are thoughts transmitted by Doug Weir:

“Whether in the Balkans or Iraq, the focus of DU research has consistently been on military exposures, rather than those suffered by the civilian population. This lack of interest in civilian exposure research has rendered it difficult to determine the true risks to civilian populations from the use of DU, which has often taken place in populated areas and against civilian objects. Militaries that choose to employ DU have a moral and legal obligation to determine the risks that civilians face, many of whom are more physically vulnerable to negative health outcomes than military personnel.”

So, taken together, while the (mere) findings of the study seemingly are valid and relevant, it remains questionable as study co-author Haley states: “They {the findings] also have implications for the international debate over whether DU has since been causing illness in other war theaters where DU munitions were used…”

The picture is much broader and more complex than only seeing – as the study does – the causes of nerve gas, anti-nerve gas medications and the use of pesticides to prevent insect-borne diseases – which is also in contrast to the extensive list of suspected culprits mentioned in the study report itself.

In particular, if looking at affected civilian populations, longer time periods and other regions, DU – as one of the toxic war components – cannot be ruled out as being of importance and concern for environmental and health destruction. The chemical and radioactive properties of DU have been proven over and over again to cause damage to genetic material and other tissues, The combined effect of both radioactivity and chemical toxicity are of even greater concern.

And of course there are other causes as well (such as chemicals etc.) but our focus is DU.

Large scale studies and surveillance of a population of contaminated areas should have a priority. However, war and post war situations make surveillance extremely difficult due to such factors as the migration of local population…

Recently, the Department of Veteran Affairs has extended the presumptive period for qualifying chronic disabilities resulting from undiagnosed illnesses in Persian Gulf War Veterans to December 31, 2026 with the following reasoning: „With scientific uncertainty remaining as to the cause and time of onset of illnesses suffered by Persian Gulf War Veterans and current research studies are inconclusive, limiting entitlement to benefits due to the expiration of the presumptive period would be premature“. Based on this statement, one can see that the Gulf War Illness continues to be an acknowledged syndrome the causes of which still are being considered to be unclear (meaning that DU is not excluded). We continue to monitor the current developments of the issue.