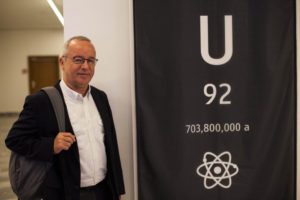 The 7th International Uranium Film Festival (IUFF) in Berlin ended more than a month ago on Sunday, October 14, 2018 in the Zeiss-Großplanetarium with filmmakers and guests from Serbia, Scotland, England, Japan, Portugal and the Marshall Islands.

The film festival on nuclear power awarded this year in Berlin three film prices, an honorary prize and several special mentions, including the film „Uranium 238 – my story“ by Miodrag Miljkovic on the history of the serbian lawyer Dr. Srdan Aleksic. The short documentation highlights the damage caused by the NATO bombing of former Yugoslavia with DU ammunition. While the military is well aware of the dangers of this weapon, civilian casualties are often inadequately covered. This is where the project of the Serbian lawyer Dr. Sdran Aleksic starts, who wants to use legal means for humanitarian purposes.

The ICBUW special events, including that in the COOP Anti-War Café and the book presentation by Els de Groen, were well attended, mostly by young people. On Sunday afternoon in the Großplanetarium after the two impressive films „Leiser Tod im Garten Eden“ by Karin Leukefeld and Markus Matzel and the serbian film on the topic of DU, a panel discussion started: with the experts Prof. Manfred Mohr and Maria Verjauw, Dr. Srdan Aleksic, Miodrag Miljkovic, Dusan Paravina and presenter Heiner Bücker. The discussion focused on the DU situation in former Yugoslavia and the legal project engaged to help victims as well as the role of the media in DU issues. 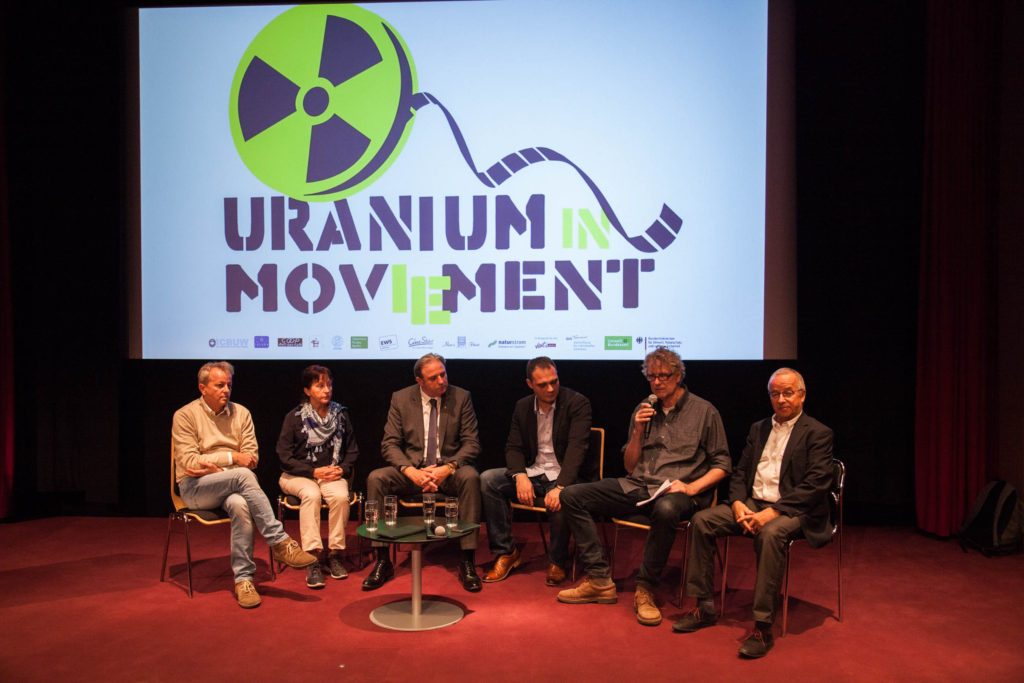 In the year before, there was a very lively and intensive discussion about how to get rid of DU-weapons, and a possible (proactive) role of Germany in this regard. Mention was also made of the project „Sprinkled“ by the radio documentary artist Léa Promaja. For the audio documentation, which deals with the use of DU ammunition during the war in the former FR Yugoslavia in 1999, she collected over 4 years the opinions of the population on health and environmental consequences.

ICBUW is looking forward to next IUFF – be it in Berlin or elsewhere – and will continue to participate as an active and engaged partner. Anyway, the Film Festival, with its unique profile has to continue …