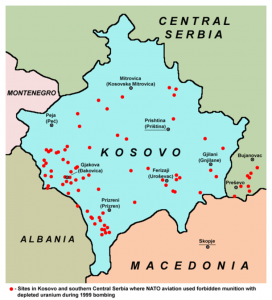 Kosovo, September 2019: I was asked by a relative to take him to Fushe Kruje, Albania to get a water which cures cancer. It is four hours’ drive and we had a chance to talk about how this miracle water helps many people in Kosovo. In the nearby village of Fushe Kruje we found a water fountain which goes all the time, it is believed that it has petroleum in it which fights malignancy. While we were approaching a fountain with our plastic bottles, three cars with Kosovo license plates were already there pouring their bottles with this water.

“In the name of God this water will cure my mother”, a youngster Mehdi was praying while pouring water into his bottles. His mother has had cancer for almost two months, and she was in the hospital. He knows this currying water source from a long time ago, he used to come here regularly with his uncle to get water for everybody who needed to be cured. “Many people in Prizren got cancer, I wish I could help them all with this water…”

As an NGO activist for over 18 years, I had been travelling a lot in Balkans, in these trips we always found sick people who had cancer. At the first sight it looked normal somehow knowing that many of them hard life, worked at various dangerous sites, had been smoking for years etc. But my concerns started when children and young people had started to get ill and after few weeks or battle against cancer they passed away. I was having so many questions how come this could happen. At that time, I used to drive Roma people to hospitals for those who could not travel to the doctor, many cancer patients were coming in our van every Tuesday. The discussions in our blue van would go like “Only God knows what experiments were tested on us, they might have bombed us during the 1999 war with deadly dust…”

I was very shocked to hear that Italian soldiers were also very much ill of cancer after they got back to their country. Looking at the facts of our relatives and friends, every week we could hear of someone who died of cancer after short time of battle with this illness.

My mother died at the age of 52, this was my huge loss. Ever since then I am regularly reading and trying to raise an awareness of cancer illness. Now, I feel obligated to work towards raising my voice and say that something is actually happening in the air. As I am not an expert but read a lot about it, in many reports huge cancer rates and other illnesses are actually linked with NATO bombing with depleted uranium.

Knowing the actual situation, I am very much interested in involving radiation experts who can conduct a research on the radiation and possible threats of the people living in Kosovo. In all above said, I would like to be involved in projects related to this topic and be part of public events on mentioned issue; we all need to discuss it and come up with results and solution how we can help ourselves today.