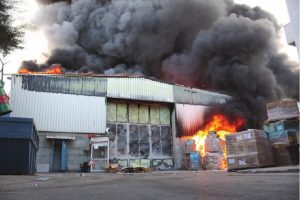 The study looks at long-term effects on the reproductive health of women exposed to heavy metals during war and its aftermath. Results of the study show a link between exposure to heavy metals delivered to Gaza by weapons and an increase in birth defects and premature births post-2006, making it possible to count the ‘hidden victims’ of war.

A new study conducted by Newweapons Research Group (led by ICBUW Advisory Board member Prof. Paola Manduca) in cooperation with doctors and researchers from Gaza, Europe, and Australia, shows that exposure to heavy metals can have long-term effects on the reproductive health of women. The research was initiated in 2011, when it became apparent that the number of birth defects in children in Gaza aged 0-2 had increased by roughly 50% between 2006 and 2010. As the sharp increase occurred over a short time period, this development suggested the influence of environmental factors on the reproductive health of women in the area.

The study assumes that in 2006, ‘penetrator’ ammunitions – a type of metal-augmented weaponry relying on kinetic energy instead of explosives to penetrate the target – were used in Gaza. These ammunitions contain heavy metals known to be cancerous, toxic, and teratogenic.

Heavy metals were found to be present in the environment at weapons ‘hit sites’ between 2006 and 2014 in Gaza, as well as in white phosphorous ammunitions used in Operation Cast Lead.  Heavy metals were also found in the wound tissue of Gaza victims injured by amputating weapons, carbonisation, and burns, demonstrating that the metals had been delivered there by weapons causing wounds without fragments. In addition to immediate exposure, individuals in Gaza continued to be chronically exposed to heavy metals, as they remain in the environment and can be absorbed into the human body through skin, inhalation, and ingestion.

A correlation between the mother’s exposure to white phosphorous and the occurrence of a birth defect in the new-born was established through the use of a questionnaire. First, the exposure of mothers to heavy metals during Operation Cast Lead could be linked with the occurrence of birth defects, as roughly one quarter of children born to mothers who lived near attack sites were affected by birth defects.

Furthermore, the number of ‘sporadic’ malformations, i.e. malformations which differed from those typically observed, rose significantly, suggesting that the birth defects were being caused by novel external factors. Finally, new-borns with birth defects (and those prematurely born) exhibited a higher load of mercury, selenium (a teratogen metal) and tin in their hair vis-à-vis other new-borns.

Two inferences can be drawn from this. First, there exists circumstantial evidence of correlation between a mother’s exposure to attacks and birth defects. And second, the occurrence of teratogen metals in the new-born’s hair evidences ‘in utero’ contamination of children born prematurely or with birth defects. At present, it is unclear whether the effects of contamination from weapons residue will persist in the coming years. According to Newweapons Research Group, contamination was highest in women exposed to attacks in 2014, although contamination persisted in 2016. Moreover, a further increase in birth defects was observed from 2011 to 2017, but novel environmental circumstances, such as open sewage and burning garbage, were identified as potential factors affecting these trends. All in all, the increase in birth defects compared to 2011 has caused an additional death toll of roughly 1500 stillbirths and neonatal deaths. This number surpasses the number of children killed directly in the 2014 war, shedding a light on the number of ‘hidden victims’ who can now be counted