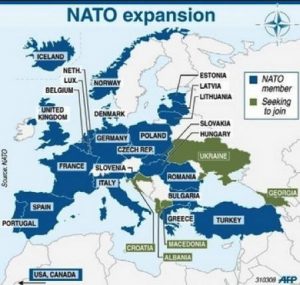 NATO, the North Atlantic Treaty Organization, is set on taking new steps in its aim to bring its military forces closer and closer to Russian territory

The first International Conference against US/NATO Military Bases was held on November 16-18, at the Liberty Hall in Dublin, Ireland. The conference was attended by moren than 300 participants from over thirty-five countries from around the world.

This conference was the first organized effort by the newly formed “Global campaign against US/NATO Military Bases”, created by over 35 peace, justice and environmental organizations and endorsed by over 700 other organizations and activists from around the world.

The participants in the Conference heard from and shared with representatives of organizations and movements struggling for the abolition of foreign military bases from around the world about the aggressions, interventions, death, destruction, and the health and environmental damages that the military bases have been causing for the whole humanity along with the threats and violation to the sovereignty of the “host” countries.

The ongoing Global Campaing against US/NATO Military Bases pays a lot of attention to the devastating environmental and health impact of these bases. Military are the largest users of fossil fuel in the world, heavily contributing to environmental degradation and climate change. Other poisonous and polluting substances that were used on the bases, remain a health risk for both staff and local population. Groundwater contamination, air pollution, high noice levels are all a result of the military activities on and around the bases.